The meaning of fingers can be helpful in interpreting emotions or feelings. In addition, the knowledge serves to communicate with each other.

Each individual finger is assigned a universal meaning. Thumbs up is considered approval, the index finger is used to point in a directional manner to oneself, other people or objects. The middle finger has been nicknamed the stink finger and is popularly regarded as a symbol of an obscene gesture. The ring finger traditionally allows conclusions to be drawn about the marital status of an adult, and the little finger hooked into the little finger of another person seals a mutually given promise.

In sign language, fingers and hands replace verbal expression. Not only there, hand signs are an integral part of daily communication. Crossing one’s fingers expresses the wish for a good outcome, and worldwide, the simultaneous extension of the index and middle fingers signifies peace as a peace symbol or peace sign. Even if there are regional, religious or traditional differences in the interpretation of the individual fingers, international meanings of hand and finger signs have become established, and not only among music fans.

Energetic Significance of the Hands

Energetic Significance of the Left Hand

The left hand is considered the path to the heart. It is used for family issues, friends, partnership issues, and heart issues of all kinds. Emotionally controlled actions or decisions are associated with the left side of the body and thus the left hand.

Energetic Significance of the Right Hand

The right hand transports topics of everyday events. This includes drive, activity, funds, finances, contracts or other factual matters. The physical strength, the numbers or manual activities and the professional developments belong to the topics of the right hand.

Energetic Significance of the Fingers

In each finger runs a stream of energy. This makes the fingers a fast path for the self-help process. Meridians run through the entire body and various organs. On the energetic level they influence thinking, feeling and sensations. Perceptions in the individual fingers therefore allows conclusions to be drawn about the background of different processes. At the same time, touching or massaging the corresponding finger can provide energetic support for the sensation of various issues and stimulate the self-healing process.

The thumb or first finger is associated with the element of fire and the following themes and areas:

The index or second finger is associated with the element of air and the following themes and areas:

The middle finger or third finger is associated with the element of ether and the following themes and areas:

The ring finger or fourth finger is associated with the element earth and the following themes and areas:

The little finger or fifth finger is associated with the element of water and the following themes and areas: 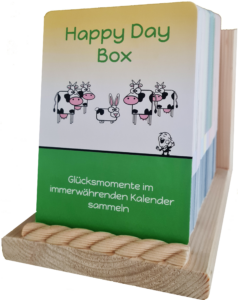