The Garuda is a mythical creature. He asks to look at the current situation and the solution of challenges from a new perspective. 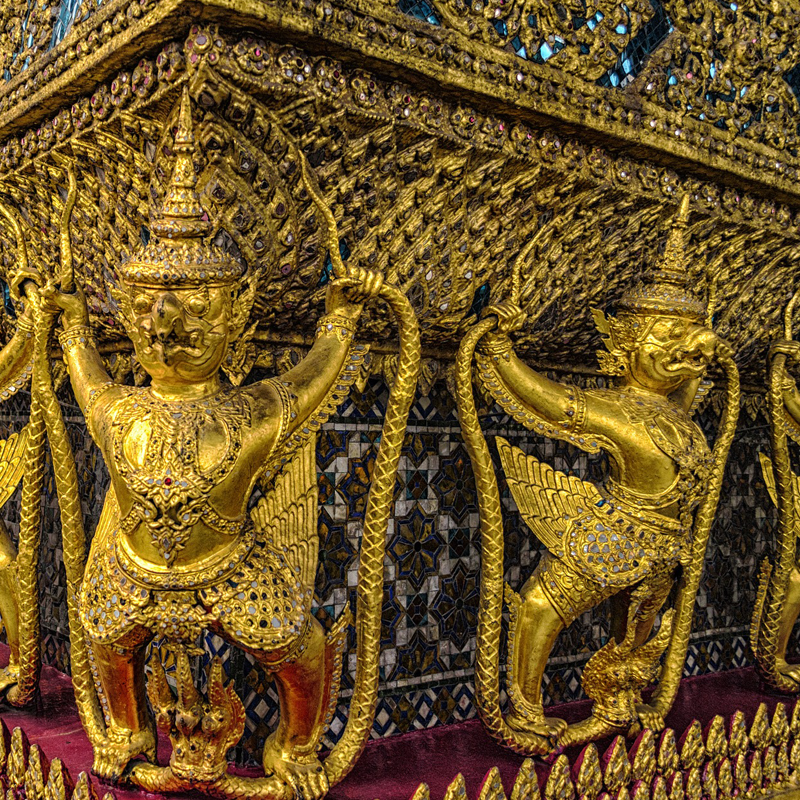 The Garuda is a mythical creature and comes from Indian mythology. It is a hybrid creature of man and eagle. The body is from the human. The head and wings are from the eagle. The Garuda is the mount of Vishnu. He is a god and is considered the sustainer of the world.

The powerful hybrid being is considered a snake slayer and is called in this function by people in rituals. For this reason, the being is often depicted triumphantly with a snake.

The power animal Garuda symbolizes the flow of information between the spiritual world and people. He brings messages and instructions from the realm of the gods to earthly beings. In the energetic work, therefore, pay attention to inspirations and indications that contribute to a solution of the current challenges.

The mixed being asks to look at the current situation from a different perspective. Changing the point of view while turning inward can be enough to find a way to a solution with new insights. The approach is completely changed so that new impulses can show themselves.

The power animal Garuda shows that previous efforts end in a dead end. All the usual methods do not bring the desired result. Routine and security should be given up, so that a new thinking as well as a new way of looking at things are made possible.

In dream interpretation Garuda admonishes to turn inward. The concentration on one’s own abilities is necessary in order not to run further astray. A solution to current problems or conflicts is revealed when the situation is looked at anew.

As a messenger between the worlds, the mythical creature refers to hints, signals and answers from the spiritual world. The dreamer should better trust his instincts. Perhaps it helps to ask a neutral person for advice.

If Garuda appears in a dream, a matter seems to have gone astray. The snake slayer points out to find the disturbing factors and to eliminate them. For this a critical examination of the developments is necessary.