The star brings justice and promotes the efforts of self-reflection. In addition, the bird is a bearer of news and information. 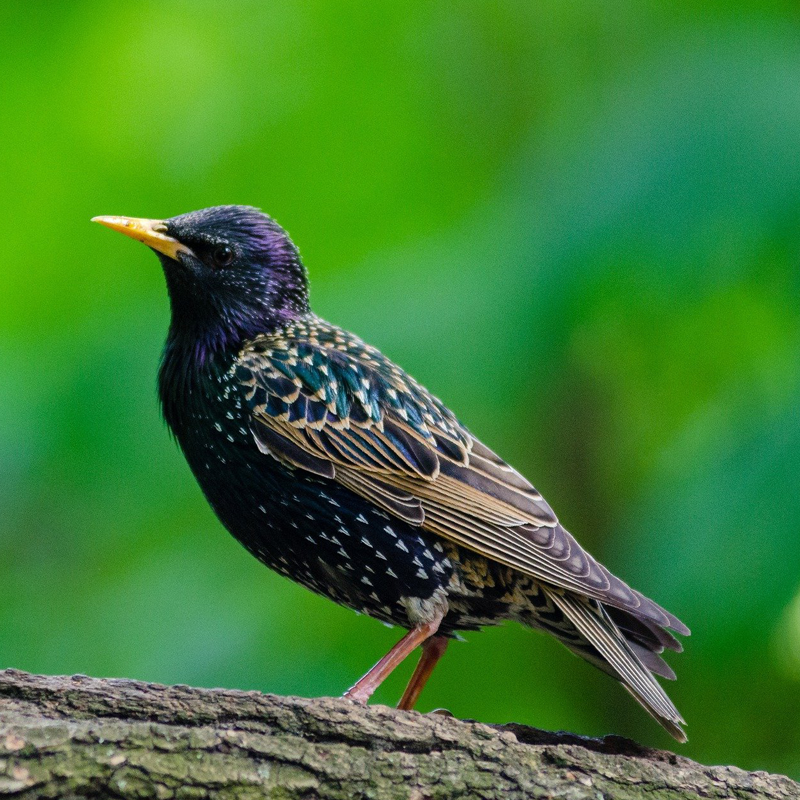 Starlings belong to the sparrow and songbirds. They originally come from Africa and Eurasia, but have since spread all over the world. Starlings are gregarious birds that can often be seen in flocks. Their song is described by many as chatty and is punctuated with whistling, squeaking and creaking sounds.

The birds are primarily herbivorous and feed mostly on fruits and seeds. In addition, they can also be classified as omnivores, as they also eat insects or scraps of human food. The birds have a fast and straight flight. In search of food, they sometimes drill holes in the ground with their beak.

The power animal star brings straightforwardness and opens the eyes to the truth. As an animal with a dark plumage, he is just like other birds a bearer of messages and messages from the spiritual world. Old entanglements or behavior patterns are to be changed. Justice and energetic healing are symbolized by the power animal.

The pointed beak helps to pick disturbances and outdated patterns from the energy field. The power animal supports self-reflection and thus promotes inner growth. The reflection about oneself and one’s own being is stimulated.

As soon as the starling appears in a swarm, it can become a plague. Often the animals destroy entire orchards. Therefore, the power animal starling also represents energy robbery, unproductive stubbornness and selfish actions. A guilty conscience can also be represented by him.

In dream interpretation, the star is a bearer of news. The dreamer will receive more information about a matter in the near future. He announces weddings and removes disturbances from one’s energy field.

The bird indicates good self-reflection and critical questioning of their own behavior. He shows the truth and brings justice.

Swarming can be an indication of gossip and unpleasant talk. In addition, it is an indication of common selfish behavior. Therefore, developments in groups should be looked at more closely.