The wolverine warns against fisticuffs and displeasure. At the same time, it indicates that self-protection is very active and dangers are successfully mastered. 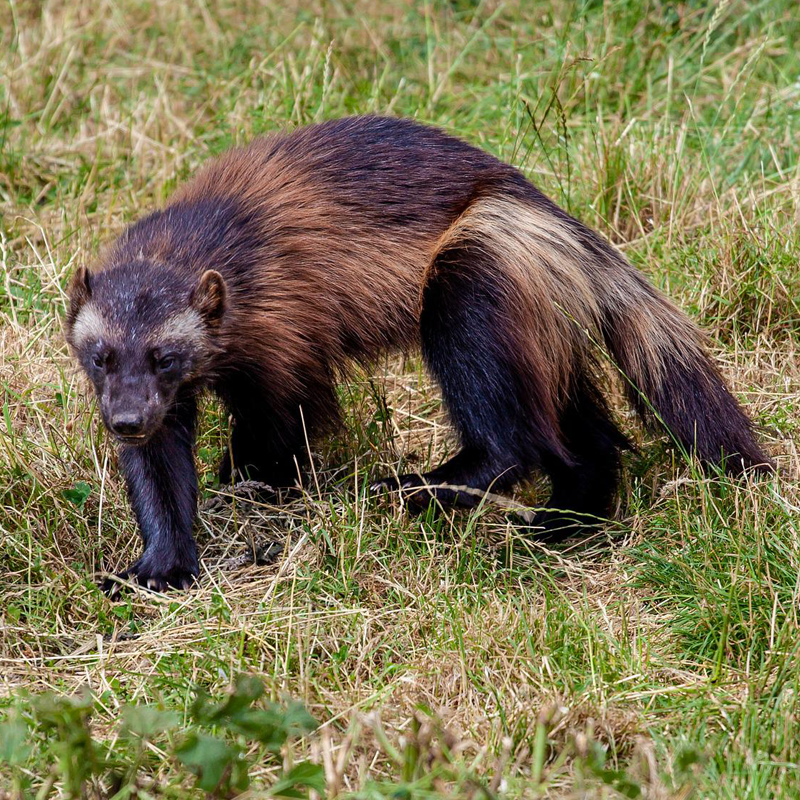 The wolverine is from the marten family and is native to Eurasia as well as North America. The resident of the northern hemisphere is a good persistent runner and nocturnal. The loner lives in nests, caves or crevices. The aggressive quadruped has a pronounced territorial behavior and carries everything edible into its den in order to accumulate sufficient supplies. Wolverines are threatened with extinction and are protected species.

The animal is used again and again as heraldic animal, mascot, band name or characters in film & television. Likewise, it appears in various mythical tales and traditions.

The power animal wolverine brings an indescribable courage and at the same time warns of dangerous situations that seem to arise out of nowhere. The inner forces are mobilized and the assertiveness grows to a maximum. Completely free of fear, even the most difficult challenges are overcome or the greatest opponents are defeated.

Completely reflecting on their own competencies, every troublemaker is catapulted out of their own lives. With the power animal wolverine come inventiveness and a very clever act in the daily events. The readiness to give everything and to overcome also longer dry spells in the twinkling of an eye is given. With these attributes nothing stands in the way of the struggle of individual development.

The power animal knows no friends and takes no consideration for the needs of others. The own interests are enforced partly brute. Egoism and ruthlessness are therefore associated with the wolverine as well as violence, aggression and undiminished anger.

In dream interpretation, the wolverine brings a restless time. With good ideas and the existing will, targets can be achieved. However, unpredictable powerful energies can also be released, bringing strife, conflict and struggle.

The dreamer is fearless and ready to face the present challenges. The support of others is not needed, as one’s own strength and resources are sufficient to successfully prevail against adversaries.

The current behavior will be able to bring problems to the dreamer. It seems to be reckless, selfish and antisocial. Therefore, one’s own actions should be critically questioned and examined.