The black redstart is popularly known as the redstart. The small friendly bird is a frequent guest in European gardens. 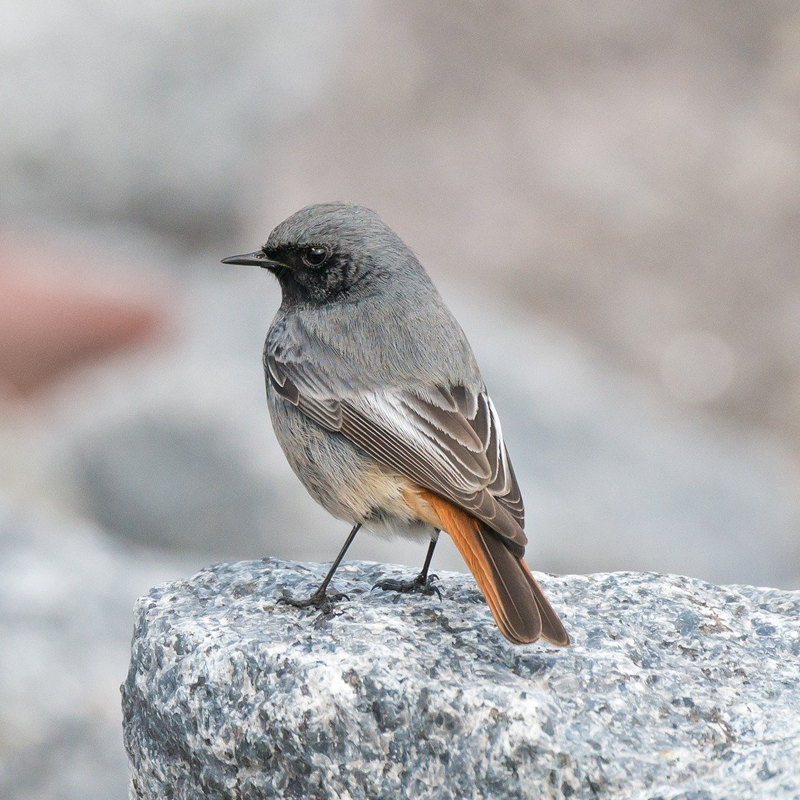 Like the sparrow, the redstart belongs to the sparrow family. It is slightly smaller than the house sparrow and, in addition to its gray plumage, it has a red or red-orange tail in keeping with its name. House redstarts spend the summer months in the European area and often stay close to human settlements. Therefore, they can be found in gardens or on grassy paths. In winter, the small songbirds are found in regions around the Mediterranean Sea.

Black redstarts belong to the flycatcher family. They feed mainly on insects such as snails and spiders or berries. The diurnal birds are conspicuous by their extensive song. This resembles a scratching sound in some passages. The loners seek the proximity of their conspecifics only during the mating season. They have a hardly pronounced social behavior and can only be found in loose associations when changing locations due to bad weather conditions.

The power animal house redstart brings messages and glad tidings. The spring bird announces news, joy and cheerfulness. If he flies into life, new developments or positive changes are in store. The mood rises and the time for music and dance or other artistic activities has come. Life takes a turn and is marked by relief. First steps are often already taken before the power animal is perceived or it shows itself. Now existing ideas are transformed into reality and new impulses show themselves.

The power animal black redstart brings messages from the spiritual world. As a transmitter of messages he is welcome and has many listening ears around him. From the messages can also be taken warnings that come in time and are groundbreaking. Joy of life, lightness and an inner rejoicing will increase in the coming time. The red tail brings information that is a strengthening of the existing intuition.

The downsides of the black redstart include being a loner and not having very strong social skills. There are currently many doubts about themselves and little confidence. Dealing with feelings of fear and doubt are on the agenda. Help from others is not to be expected. This should be actively demanded. Nevertheless, in difficult times and crises, people in the immediate vicinity can be relied upon. For everyday worries and needs, however, there is a lack of support as long as it is not asked for.

In dream interpretation the redstart is interpreted as a particularly friendly and lovable contemporary. With him joy of life and well-being increase. He is a bearer of news and information. With him returns in a pleasant and relaxed way an indication of upcoming developments.

The red tail promotes the own gut feeling and self-awareness. The current events and actions are to be grasped intuitively. With a friendly basic mood tasks are fulfilled and the course for further development is set.

If the house redstart flutters into a dream, it lets you know that the future path must be taken alone. There is hardly any help available in coping with current challenges. Although support would be there in an acute phase, current tasks must be accomplished independently.