In everyday life, the fly is often perceived as a nuisance. Energetically, therefore, it wants to clarify that there are areas in life that we should optimize. 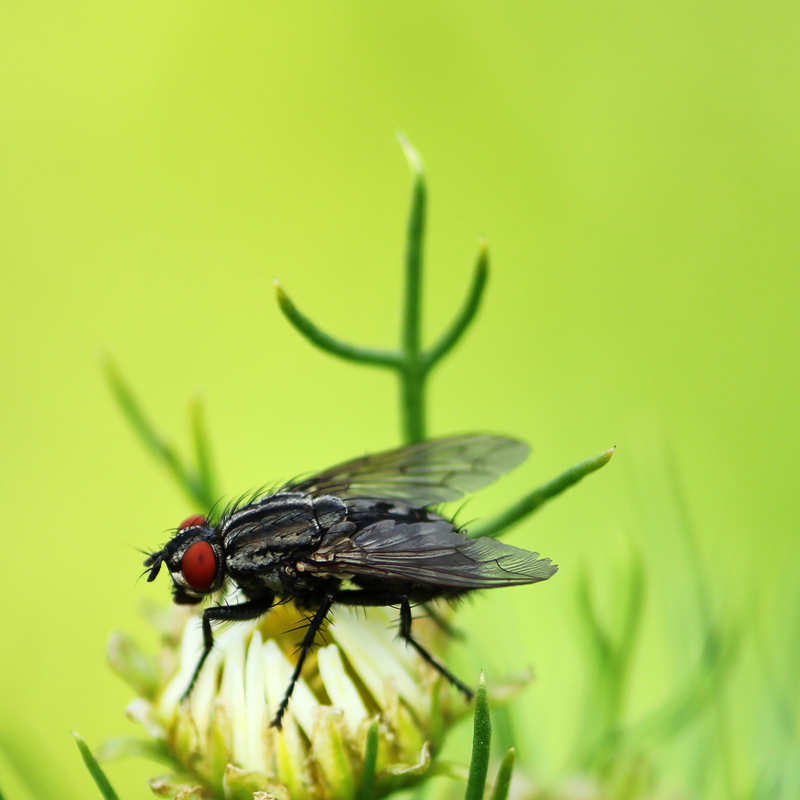 The fly is an insect that is often perceived as unpleasant, exhausting and undesirable in our lives during the summer months. Just like the mosquito or the wasp, it is seen as a carrier of disease and thus as an unwelcome guest. The fly is native to almost all regions of our globe. The insect is equally at home in the city and in the countryside. It plays a very important role in the cycle of life. The scavengers feed on the excrement or sweat of other animals and humans. In addition, plants or organic waste belong to their menu.

Flies show great persistence in achieving their goal. Even if they are driven away and hunted, they see no reason to give up. The environment is almost completely accessible to a fly with a single glance. In addition, it puts gravity ad absurdum when it explores the walls or ceilings in all directions on foot as a matter of course.

The power animal fly wants to point out the issues or areas of life that we find annoying or superfluous. Attention should rather be focused on the important matters. The inner peace and serenity should be found and built up, so that life satisfaction is increased. Currently, a lot of energy flows into trivialities or tiresome fulfillments. At the same time, there is a lack of heart and passion.

If the fly comes into life as a power animal, a creative time begins. From the most useless objects miraculous works are built. The fly wants to remind you that with one thoughtful action, several projects can be successfully completed at once. The view includes more than just the obvious. The horizon and thus the possibilities widen. A change of perspective and the courage to face unusual days are in the offing.

The fly can be an indication that in the close environment there are people who are exhausting and annoying. They bring unrest and distract from essential elements of life. The problems or views of others can ruin your own ideas.

A fly in a dream wants to indicate that one’s thoughts, ideas and impulses should be sorted. Making hasty decisions should be avoided. The current life situation seems to be confusing and unstructured. Order and original approaches will bring the dreamer further.

The dreamer will cope with several challenges at once in the coming period. This will succeed all the better if calmness and composure set in. Who acts thoughtfully, can score points in the coming time and appear confident.

An annoying fly or several flies buzzing around indicate unpleasant contemporaries in the dreamer’s life. In addition, the insects are a symbol for interpersonal disagreements, quarrels and trouble. Gossip and gossip determine everyday life.