The mite is an indication of wrong people in the near environment or bad decisions. In addition, it warns against vile behavior. 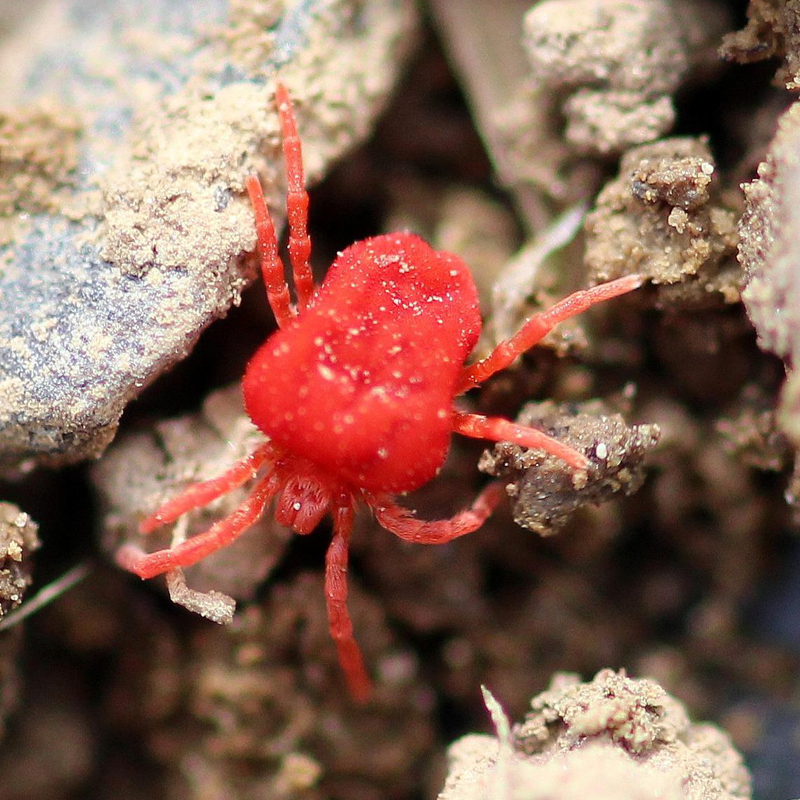 Mites are arthropods and belong to the class of arachnids. The insects are distributed worldwide and are considered pests. Classified as unpleasant fellows, they live on land and in water, with most species residing on the ground. Some mites also live nostrils of birds or in monkey lungs. The best known mite species is the house dust mite. This one feeds on skin scales of humans or animals. Other species consume plants or fungi. The light-shy insects hatch from eggs, live a few months and the females have a high reproduction rate with up to 300 new larval eggs.

The burrowing mites bore tunnels under the skin of their host to lay their eggs there. This causes itching as well as the clinical picture of scabies in humans and mange in an animal. Unlike ticks, however, the parasites transmit far fewer diseases. The eight-legged mini-roommates need the proximity of the community to survive and are difficult to expel due to their sucking feet, despite great efforts.

The power animal mite warns of unpleasant people in the immediate vicinity. One’s own free space is severely restricted and despite great efforts the desired process of detachment does not succeed. One’s own boundaries are not accepted and the will of others is imposed. Ambush threatens and all efforts of change seem to come to nothing. Although the battery is empty due to the energy robbery that is taking place, a new strategy must be worked out.

Despite all the intrusiveness and constricting experiences, the power animal makes it clear that giving up is not an option. The animals live on the waste produced and not on supplies. As a result, new plans can be made and one’s goals can continue to be achieved. Crossing the boundaries of others weakens, but it should not gnaw at the fulfillment of their own desires.

Insidious and ruthless, someone tries to move through life at the expense of others. As soon as he is not stopped, others will join him. The self-confidence as well as the assertiveness are already weakened and will further decrease. This is why it is so important right now to remember what has already been achieved and to stand up for oneself more clearly than ever before.

If the mite appears alone or in company in a dream, the utmost caution applies. In the professional or private sphere, someone lives at the expense of the dreamer. This has already been tolerated for too long and will soon get out of hand. It is time to react and redefine the boundaries.

Should the dreamer himself not be able to successfully assert himself against the behavior of another person, he can get help. Unsuccessful attempts in the past should be discussed and a new approach worked out. With full power, a lasting change will then also succeed.

One’s own weaknesses are shamelessly exploited by others. An initial concession can thus quickly become a permanent exploitation. One’s own energy resources are not fully recharged despite sufficient rest. The condition will only worsen if one reacts half-heartedly or not at all.