The phoenix is a mythical creature and the epitome of rebirth and resurrection. It symbolizes the cycle of life. 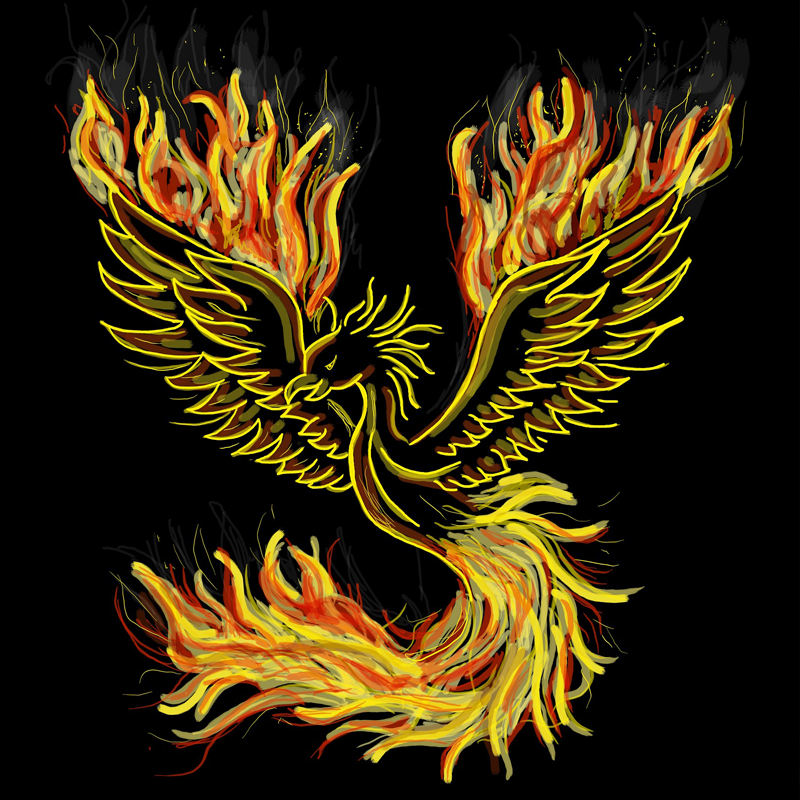 The phoenix is a mythical creature in the form of a burning bird. The animal finds its origin in Egyptian mythology. There is talk of a sacred bird. In late antiquity it was used to describe immortality. The animal found a firm place in different world views and is mentioned in innumerable writings or represented on pictures.

Until today the phrase “like phoenix from the ashes” is known. The bird of light burns in the open fire and rises from the ashes reborn with the next sunrise. The fascination with the mythical creature extends from fairy tales, fables and legends to fantasy novels and film adaptations.

The power animal phoenix brings resurrection and a new beginning. After a failure or defeat, the phoenix appears to announce the time of a new start. The hardships are over. A reorientation takes place and indicates the overcoming of a demanding phase through the mobilization of new energies. The power animal is assigned to the element air. In addition, it feeds on fire, so that both levels are united in the mythical creature.

If the phoenix appears, then a particularly strong power animal stands to the side. The cycle of life and death is embodied by him. On the energetic level he sets the course to give the starting signal for a new development after an intense and grueling phase.

The power animal must first die in the fire in order to then be able to start something new. Therefore, through the bird of light is announced the termination of an area that will neither grow nor bring the desired success. A phase of life must come to an end so that a new one can begin.

In dream interpretation, the phoenix is a sign of renewal and rebirth. Problems and burdens will fall away from the dreamer. The mythical creature promises a good development and the setting of a new course in the life of the dreamer.

A difficult phase is drawing to a close. The inner forces have been strongly challenged in the last time. If the phoenix appears in a dream, now is the moment for a new beginning.

The phoenix indicates something good and new. At the same time, it implies that the fulfillment of previous wishes will not take place despite all efforts. The new orientation means saying goodbye to the previous accustomed structures.