Aries is a symbol of assertion and willpower. The active energies are promoted and thus the need for movement increases as well as the implementation of existing plans. 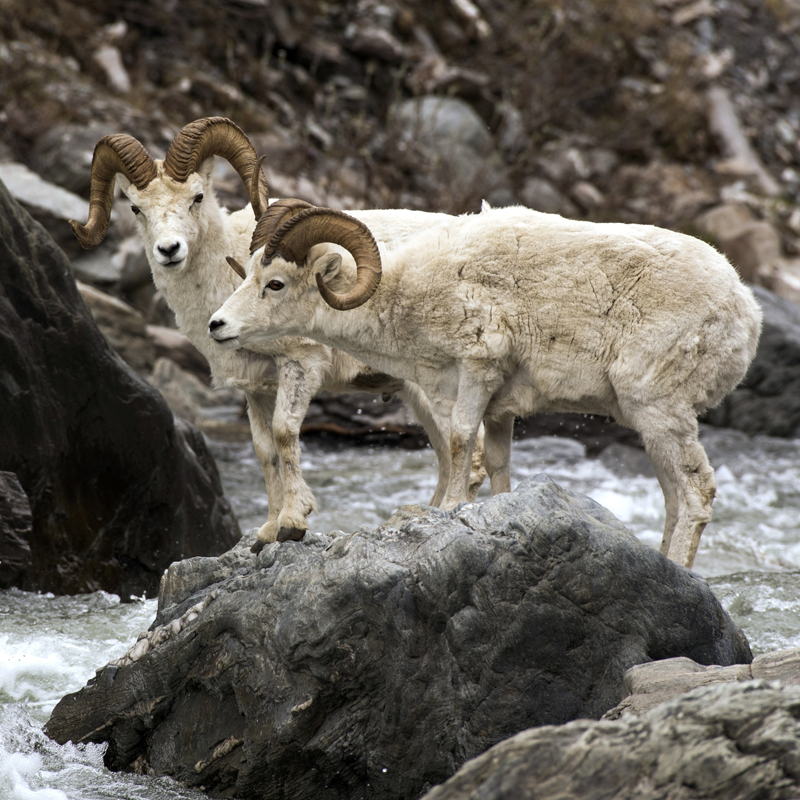 The ram is the male sheep and belongs to a subgroup of goats. However, unlike their conspecifics, the animals have a mane on the neck. The horns are about 1 meter long and rotate in a spiral. When not kept by humans, the quadrupeds are native to Europe, Asia and America. The mountain animals live mainly separated by sexes. Only during the mating season they come together. Rams live as loners or in groups and fight numerous battles due to a strict hierarchy.

The basically diurnal animals are herbivores and prefer grasses. Like cows, they are ruminants. As soon as it is too hot during the day, they postpone their feeding until the evening or night. During the day they can then be observed resting and relaxing in shady places.

The power animal Aries brings the drive and the impulse as well as the power to push through. The inner strength to successfully implement projects is given. Often the animals jump on the energetic life into life and impose themselves. They want to mobilize and motivate with it. New beginnings stand before the door and should not pass unused. The spiral horns express the energy field of infinite development. Snivelling, a victim attitude or despondency belong to the past. Self-confident and successful will be the next decisions.

Spirit and mind are awake, concentrated as well as ready for action. The implementation of existing ideas and plans can follow. The will to overcome challenges is given. The power animal helps to clear obstacles out of the way. Thus the view becomes free into a positive future. Those who believed they were losing their footing due to a multitude of adversities will now experience support and stability. Failures and miscarriages will be elements of the past from now on.

The Aries is considered to be stubborn, pigheaded and not very willing to negotiate. His goal clearly in mind, he overruns the needs of others. The actions are often described as selfish and inconsiderate. It lacks sensitivity, empathy and straightforwardness. The Aries is erratic, impulsive and unrestrained. This could encounter sudden problems and disputes in everyday life.

If Aries appears in a dream, self-confidence grows. The dreamer will overcome the obstacles of everyday life in the near future and powerfully go his way. The inner conviction is transported to the outside and shows in his actions.

The drive leads to various projects being tackled and implemented. A productive phase begins that promises success. With perseverance and tenacity, the desired goal is achieved. If the ram stands on a green pasture, a fruitful and eventful time is ahead.

The emotional component is neglected. There is little room for feelings and emotional blockades are to be expected. Stubbornness, defiance, anger and reckless behavior are attributed or brought to the dreamer. If the Aries pursues someone in the dream, dangers and losses threaten.