The capercaillie brings love into life on the energetic level like hardly any other animal. In addition, he stands for fertility and prosperity. 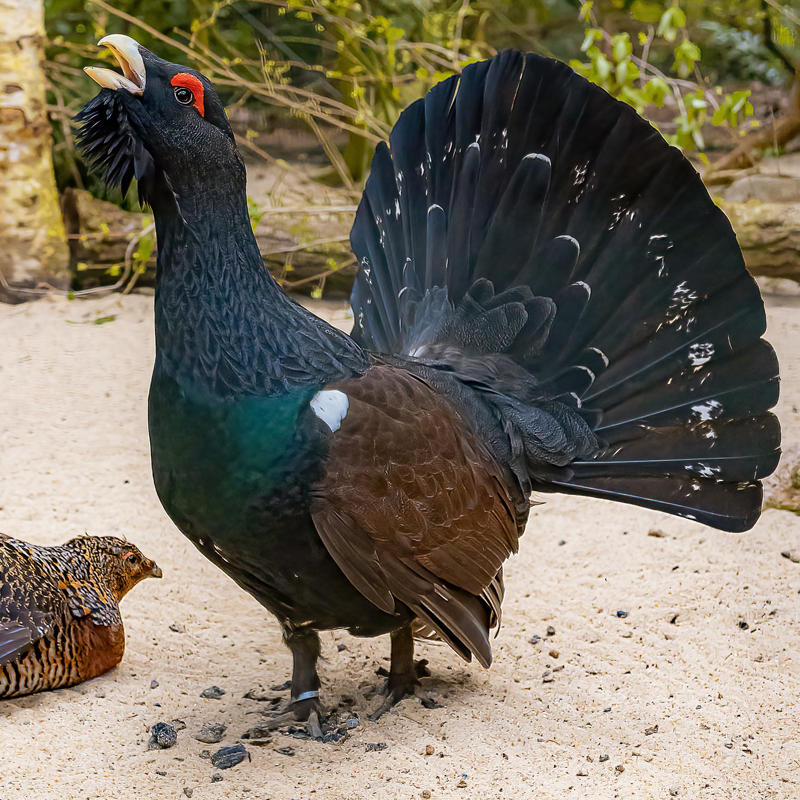 The capercaillie belongs to the chicken birds and the pheasant family. The resident bird is native to Europe and northern Asia. It does not like forest areas where the trees are not too close together and is known for its intense courtship behavior. In terms of color, the chicken and the hen are very different from each other. Although the bird can fly, it appears very ponderous and stolid.

The diurnal animal prefers to move on the ground, where it performs its courtship dance. During this time its testosterone level is increased 100 times. The herbivore is under the protection of the hunting law, as its population has been significantly decimated due to the shrinking habitat.

The power animal capercaillie brings love and sexuality. With him come spring feelings, infatuation and desire. Life appears as if through rose-colored glasses, everything is idealized and challenges seem to disappear as if by themselves. Fertility increases and creativity experiences a boom.

Harmony prevails in the area of partnership. The affection of another person is certain as soon as the power animal capercaillie appears. A phase of being alone or feeling alone is overcome. Time seems to stand still and all events lose their drama. The inner strength seems boundless and life shows itself from the beautiful side.

The power animal capercaillie warns against exposing oneself to ridicule. Current decisions might not stand up to a fact check. Life takes place in the moment, everything seems excessively beautiful and could soon be caught up by reality.

In dream interpretation, the capercaillie brings courage, perseverance and dedication. With fervor a goal is pursued. The heart shows the way and this is followed.

In love affairs, the dreamer can score and will arrive at his counterpart. Professional as well as private projects will succeed. In addition, the capercaillie brings momentum into the love life.

Despite great efforts, the dreamer is moving in place. It takes a lot of time and energy to achieve the current goals. Nothing will be done quickly or in the short term.