The cancer, crab or lobster ask to take a closer look at the existing feelings and to question them. Decisions are to be made according to the emotional sensitivities. 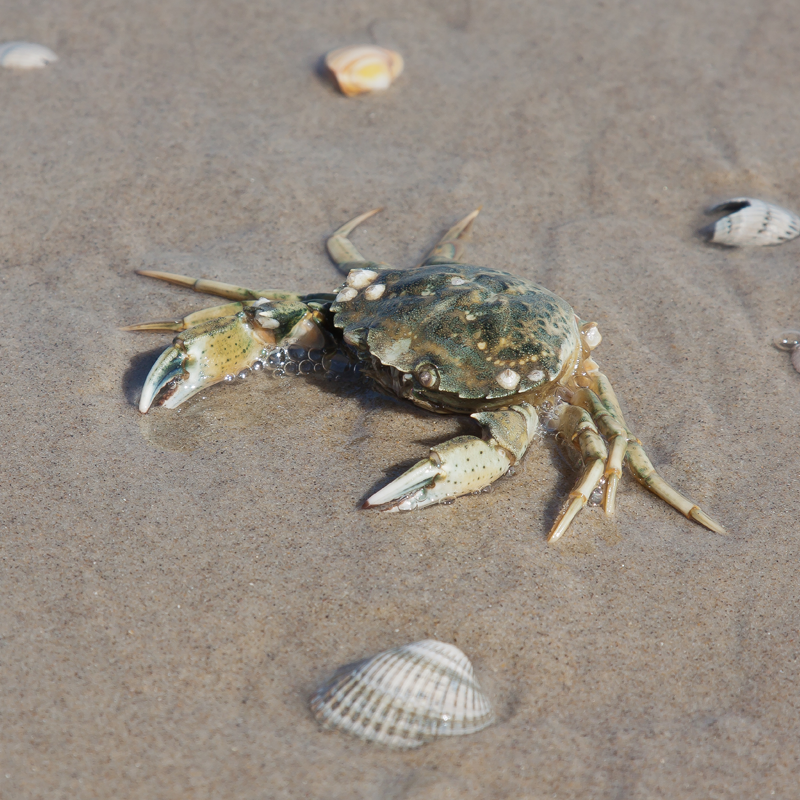 The crab is an arthropod. It is one of the creatures on earth that has been an inhabitant of our planet since time immemorial. Its solid body, the way it moves and its mouthparts are very distinctive. Moreover, its stalk eyes are a trademark of the animal moving sideways. Crayfish live in water and are mainly found in freshwater. The arthropods’ preferred habitats are in rock crevices, at the bottom of the water or in reefs. The crayfish species that are used for consumption are called crustaceans. Crayfish are classified by scientists and researchers in the group of insects and millipedes.

They feed on carrion, algae, eat fish and mollusks. Their natural enemies include fish, octopuses and birds.

Even though there are differences in the way of life between crabs, shrimps and lobsters, they are treated the same on the energetic level.

The power animal Cancer wants to establish the connection to the feelings. These need greater attention and should be questioned. In addition, cancer is seen with the element of water. The emotional world wants to be brought into a harmonious flow. Experiences need to be understood and processed. The processes going on inside want to be summed up. The feminine side demands sufficient attention so that existing issues can be resolved for the purpose of further development. Deeper connections want to be discovered and reach consciousness. Already existing forces can come into balance in this way.

The emotional world is given a higher priority. Decisions are no longer made for purely cognitive reasons. The feeling about a situation and the search for the best possible development will have an influence in order to be able to take the future steps in life with greater life satisfaction.

Initial restraint can promote foresight. The view changes. Shackles are loosened and everything that happens is seen as a whole. The animal has existed since the beginning of time. Through a further development and growth based on the inner processes, a new quality of life is created.

Although the protective armor provides sufficient security and safety, it can lead to anxiety in phases of introspection. There is a danger of losing oneself in one’s own emotions and finding it difficult to find the way out. In particular, processes of letting go are difficult. Yet it is often precisely these that are necessary for later unfolding.

Selfish acting, helplessness and emotional deception are the shadow sides of the power animal Cancer. Existing energies can often only be perceived in a concentrated or blocked way. As a result, changing moods, sensitivities, irritability and a capricious appearance arise.

If the cancer appears in a dream, it brings the clear request to deal with one’s own feelings. Unconscious processes are to be considered. Reflecting on experiences or events is necessary in order to be able to move forward again.

Cancer often brings short-term clues to a current event. This can be particularly helpful in a professional context. Although all the facts are openly communicated, success ultimately comes only when the emotional side is also taken into account.

Befriending plays a sometimes stressful role in everyday life. Withdrawal and rapidly changing behavior patterns are to be expected. There is a risk of losing oneself in emotions and no longer finding the way out on one’s own. Sometimes an objective look at current developments can help.