Catfish warns against a superficial appearance and advises introspection. Feelings should be checked, because appearances are sometimes deceptive. 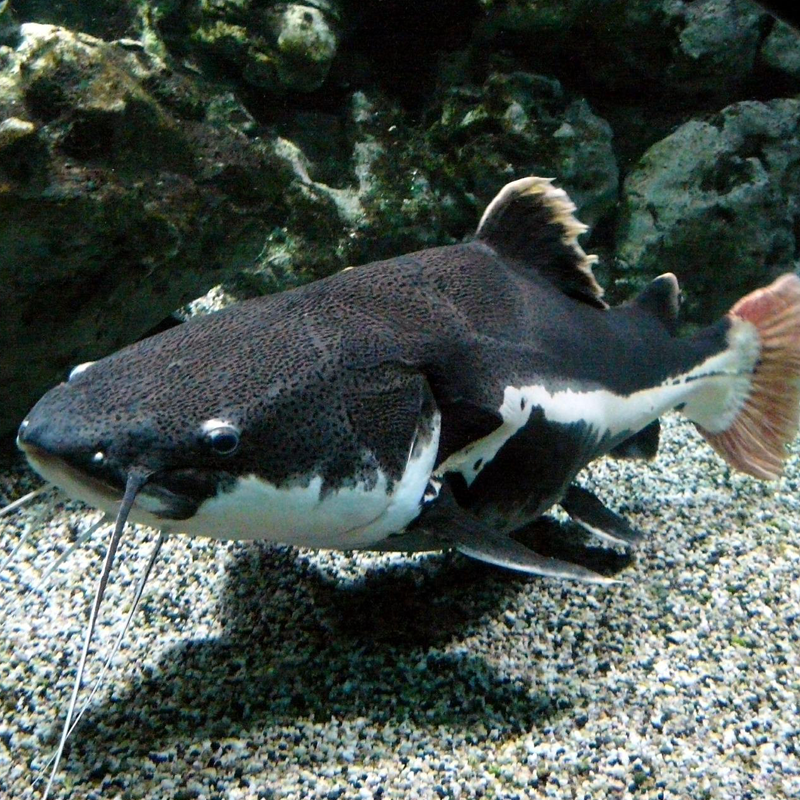 The catfish or catfish lives in the Baltic Sea or the Black Sea. Some varieties are also found in Spanish waters. It prefers warm waters and is mostly found on the bottom. The nocturnal and crepuscular predatory fish is conspicuous by its long whiskers on the head. The whiskers serve as the fish’s organ of touch and taste. The catfish has no scales and is instead covered with a thick layer of mucus. Its diet includes dead and live, usually diseased fish, as well as leeches, frogs, mice or birds. The imposing animal with the wide mouth can grow up to 3 meters long and is popular with anglers mainly because of its size. Catfish have a keen sense of smell.

The power animal catfish asks you to take a critical look at your own emotions. Perhaps a superficiality or aloofness has crept in. One’s own instincts are well developed and yet there seems to be mistrust or a lack of trust in oneself. The outer presence is an eye-catcher, now it is necessary to present the inner values more strongly to the world as well.

It is indisputable that the existing competencies put many things in the shade. With the right nose and a sense for the right moment, hardly anything can go wrong. In addition, one’s own protective armor is thick enough to stand up to any hurdles.

One of the challenges of the power animal is allowing closeness. Self-confidence and courage are needed to participate more strongly in togetherness. Being different is an asset and should be understood as such. Those who distance themselves too far from their environment run the risk of running into the arms of the wrong one.

In dream interpretation, the catfish warns against a deceptive appearance. The world is not as it gives the impression. Therefore, the dreamer should examine the current situation a little more closely.

Equipped with the right instincts, the dreamer will know exactly which path to take. At the moment it helps not to get involved in any commitment.

Shirking responsibility will not be a permanent solution. A short retreat is only okay if it is used to re-emerge with a well thought out plan.