The anteater is leisurely, but has very good stamina. In addition, he symbolizes extraordinary views or behavior. 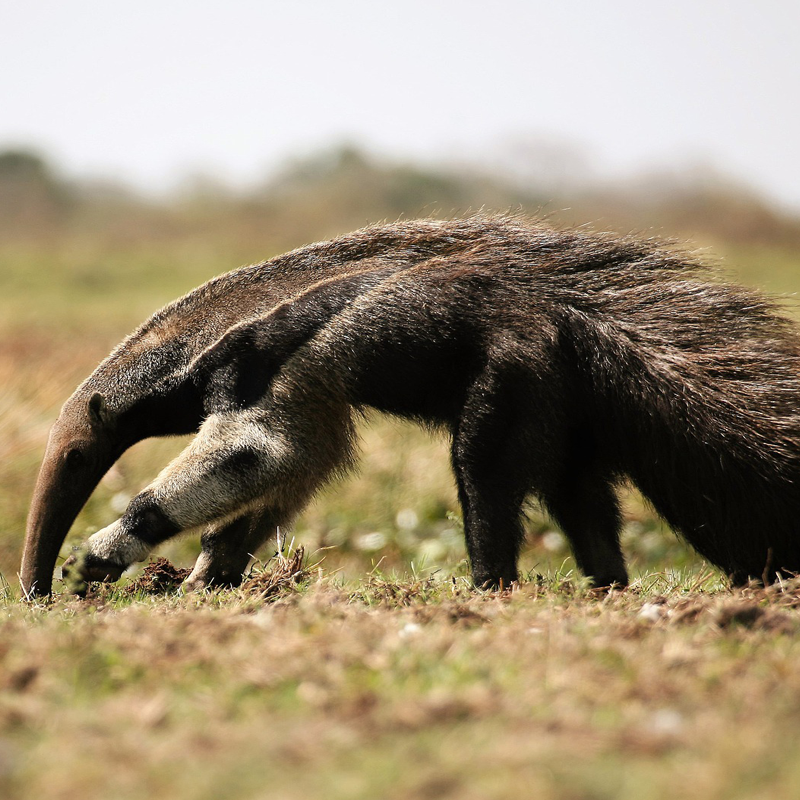 The anteater is a mammal native to Central and South America. The quadruped lives in the forest, savannahs or wetlands as well as swamps. The animal looks for the proximity to waters and is a loner. Its dark fur, its up to 40 cm long snout and its relatively small head are striking. The tongue is 60 cm long, the longest of any mammal. The diurnal animals retreat to hiding places in forests or bushes at dusk.

Anteaters are insectivores. They feed exclusively on ants and termites. They have sharp claws to defend themselves against predators. In a threatening situation, they stand on their hind legs and extend their claws. When fleeing, they can run up to 30 km/h. Their natural enemies include the jaguar, puma, snakes and birds of prey such as the buzzard.

The power animal anteater has a distinct smelling organ. This gives him an essential advantage. On the energetic level it promotes the nasal perception and opens the channels of impressions. The solitary bear is basically unhurried and lets the surrounding impressions take effect on him. He brings the improvement of the surrounding stimuli and reminds that even supposedly inconspicuous influences have an important meaning in shaping one’s own environment.

Unusual situations require unusual measures. This energy is what the power animal anteater wants to convey. The mammal walks on pads instead of on its feet. The function of its tail is comparable to that of a bicycle stand. The power animal wants to remind that current challenges are successfully overcome by focusing more on one’s own competencies – no matter how unconventional they may seem.

The power animal anteater is an indication of inertia and lack of flexibility. He sleeps up to 15 hours a day. Lazing regularly also brings growth. However, resting too intensively leads to destructiveness. The power animal also warns against eccentric behavior that can lead to isolation.

In dream interpretation, the anteater brings a time of serenity and calm. The needs are reduced to a minimum and yet the well-being is stable. With perseverance, goals are achieved.

An unusual mastering of the life tasks stands. In addition, the anteater supports measures, which are from the norm, in order to form his environment optimally. He awakens curiosity and combines knowledge with intuition.

If the anteater appears in a dream, it indicates that the dreamer cannot expect support and help from those around him. He is on his own to cope with the upcoming developments.