The cormorant stands for social gathering and a time of togetherness. Coziness and comfort are celebrated together. 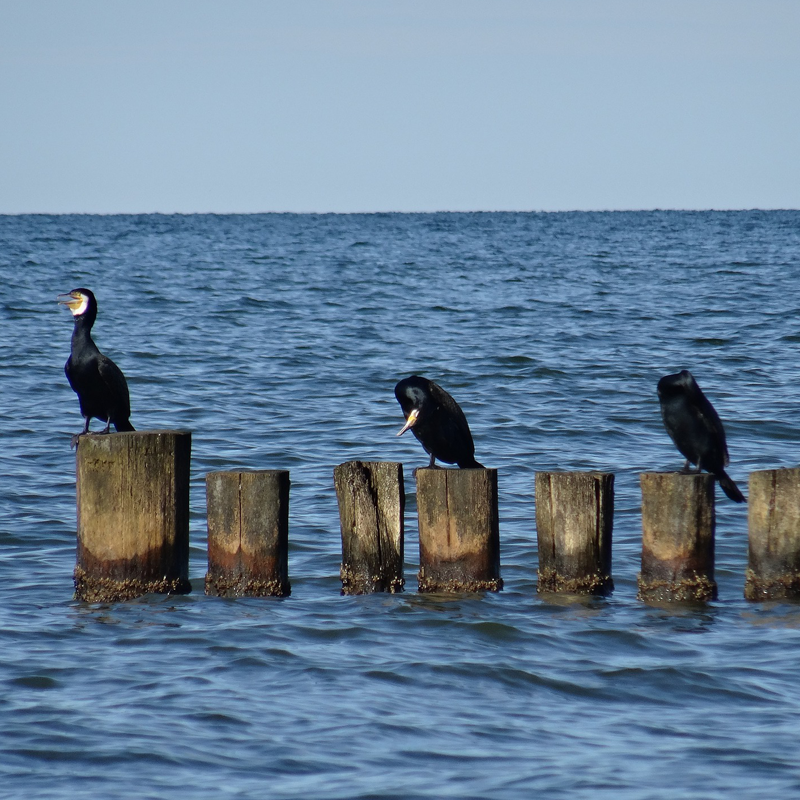 Cormorants live in colonies of up to a thousand conspecifics, are excellent fishermen and are at home on sea coasts as well as on the shores of lakes or rivers. The water bird feeds exclusively on small to medium-sized fish. Therefore, the animal is considered a food competitor to humans and is especially disliked by fishermen or anglers. The 2010 Animal of the Year is called an occasional preyer because it is flexible in its fish prey and focuses on what is available at the time.

Natural predators of cormorants include martens, foxes, white-tailed eagles and raccoons. They raise offspring in nests and have a seasonal marriage. The males strive to use the same nest every year and as soon as this fails, they want to fight for a new nest preferably with the previous year’s partner.

The power animal cormorant brings sociability and promotes group dynamics. Pleasant hours are spent together, which should be spent comfortably and full of pleasure. With the given possibilities a nice time can be arranged, which should also invite other like-minded people. Satisfaction and the pursuit of common interests are in the foreground.

The time of loneliness is over. Partnership interests are pursued and together it comes to the celebration of everything beautiful. Love is lived and sharing takes place as a matter of course. There is nothing to do. Leaning back and being carried together are on the agenda. The pleasure in the here and now is to be lived to the fullest.

Nothing is permanent. Everything that happens is currently just right. However, planning for a long-term future should be refrained from, as the power animal Cormorant announces a temporary phase. Projects do not have a stable foundation and the bond with another person will not produce lasting stability. The current ideas can be realized together, but afterwards everyone goes his way again.

The cormorant brings in a dream a time full of fulfillment and contented moments. Everything seems to go by itself and without major obstacles. Things fall into place, as the support of one or more other people is sure.

The dreamer will have a partner by his side and can count on the support of another person. In love, a new partner comes into life or a love affair is in the offing. In existing relationships new projects are started together.

The dreamer will have a partner by his side and can count on the support of another person. In love, a new partner comes into life or a love affair is in the offing. In existing relationships new projects are started together.