The crocodile symbolizes the possibility of transformation. The reptile is a fighter and warrior. In case of danger, the crocodile attacks its opponent without further warning and leads the fight to the end. 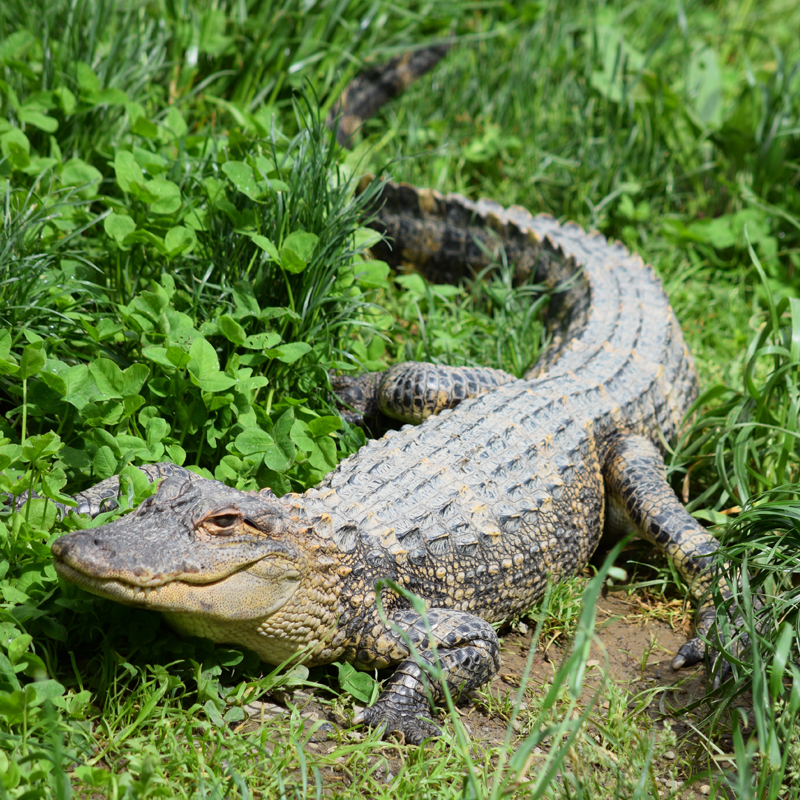 Due to their appearance, crocodiles seem ponderous and heavy. Nevertheless, they act quickly and agilely. Their thick scale armor protects them during attacks and can have painful consequences for opponents. The carnivores live mainly as solitary animals in rivers and lakes. They are found in tropical and subtropical regions. In some areas they are also found in the sea and coastal areas. The diet of the crocodile includes insects, frogs or other aquatic animals. In addition, cannibalism is often observed in reptiles. Female crocodiles lay 20-80 eggs. Many of them fall prey to other hunters or do not develop sufficiently due to poor conditions. The young animals live in a great danger. They are not only prey for other species, but are also hunted and eaten by their own kind.

On the energetic level, crocodiles and alligators are considered the same, although the alligator has a slower metabolism, a longer life expectancy, and a wider mouth.

The power animal crocodile brings contact to the primal energies. As a direct successor of the dinosaurs, the crocodile is one of the oldest creatures on our planet and shows pronounced primal instincts. The connection to the primordial energies is established through the power animal. Our actions should be focused on a new development and thereby on the possibility of transformation. Dreams, wishes and visions should be looked at and realigned. Mental injuries as well as painful experiences belong to the past. The experiences are to be processed and re-evaluated. The power animal activates the self-healing powers and prompts to overcome fears.

The energy of the power animal brings deep-seated wounds and fears into consciousness. They are transported to the surface so that they can be illuminated more closely. The primal trust seems to be hurt and will now experience a recovery. Spiritual forces as well as dreams and visions are brought to life to stimulate new developments.

The crocodile is not considered particularly collectivist or considerate of other creatures. Even its own family members will be killed and eaten if necessary. Therefore, pay particular attention to hazards and sudden changes in the immediate environment. Otherwise, there may be unexpected moments of energy robbery, conflict or loss of power.

If the crocodile appears in a dream, pay special attention to its activities. These give an indication of whether the dreamer is being warned or encouraged.

A peaceful crocodile is an indication of the restoration of basic confidence in one’s own abilities.

If the crocodile bites someone, the dreamer gets into a situation where he can defeat adversaries.

Being bitten by a crocodile is to be interpreted as a warning. The dreamer should keep a good eye on the contact with his fellow men in the coming time and keep a distance.