A dodo is a flightless bird that reportedly became extinct in the 17th century. It is considered large, awkward and clumsy. 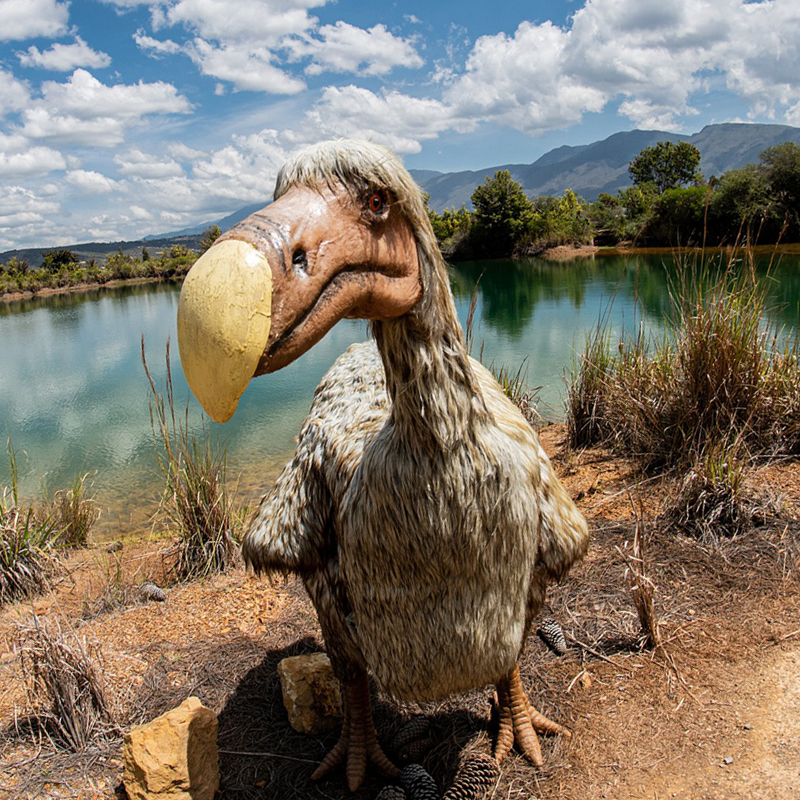 The dodo lived on Mauritius, an area where it had no predators. Just 100 years after its discovery, the animal was already extinct by 1670. Man is considered to be responsible for this. Man brought animals such as rats, monkeys and pigs to the island. Their wildness drove the dodo away. Only a few key data about the rather massive bird are known.

The dodo could not fly because of its body stature. In addition, he was not a good or fast runner. However, neither was necessary because of its home. Humans kept the animal in captivity and overfed it by feeding it all year round. This led to its appearance being considered clumsy and awkward. The animal is said to have been over 20 kg in size and fed on fermented fruits. It is also known that he nested on the ground and laid yellow eggs.

The power animal Dodo illustrates the transience of all being. If an adjustment is not possible due to various non-existent prerequisites, this means that paths must part. The attentiveness of the needs of all and the appropriate consideration were not lived. The handling of the resources of nature, but also of one’s own reserves has to be examined carefully.

The power animal shows that some separations are final and permanent. They are accompanied by melancholy and pain. Sometimes others feel this and one is not always immediately aware of the consequences of one’s own behavior. Nevertheless, in the process of letting go also lies the potential of renewal, further development and strength in rebuilding something new.

With this power animal it becomes clear that some processes, behavior patterns or views have had their day. New things will emerge. With the future processes, a progressive and future-oriented basis can be created based on the experience gained.

A lack of adaptability leads to the fact that a situation is no longer maintained. The power animal Dodo shows that the interests of one party are stronger and have prevailed. It is time to let go and recognize the finality of a common path. Carelessness and non-existent consideration for each other leads to a permanent separation.

In dream interpretation, with the dodo, the present becomes the past. A previous life situation can no longer be maintained. The dominance of a partner, competitor, a person in the immediate vicinity or himself prevails. The competences of one party are no longer sufficient and lead to a separation.

The dodo establishes contact with the past. Future actions are optimized based on the experiences now available and decisions are made differently with the knowledge of mistakes made. The experiences and consequences lead to an improved behavior in the future under new constellations.

The flightless dodo shows that a lack of competence has no place in the future. If one’s own further developments have not taken place, there will be no further progress at this point. Above all in the vocational area a loss threatens, since the progress cannot be stopped any longer.

In the private area a separation approaches, since an alienation took place. A rapprochement is no longer possible because of the experiences. Too much has already happened.