The hornet has visual similarities with the wasp and the bee. Nevertheless, all three insects have earthly and energetic different functions and meanings. 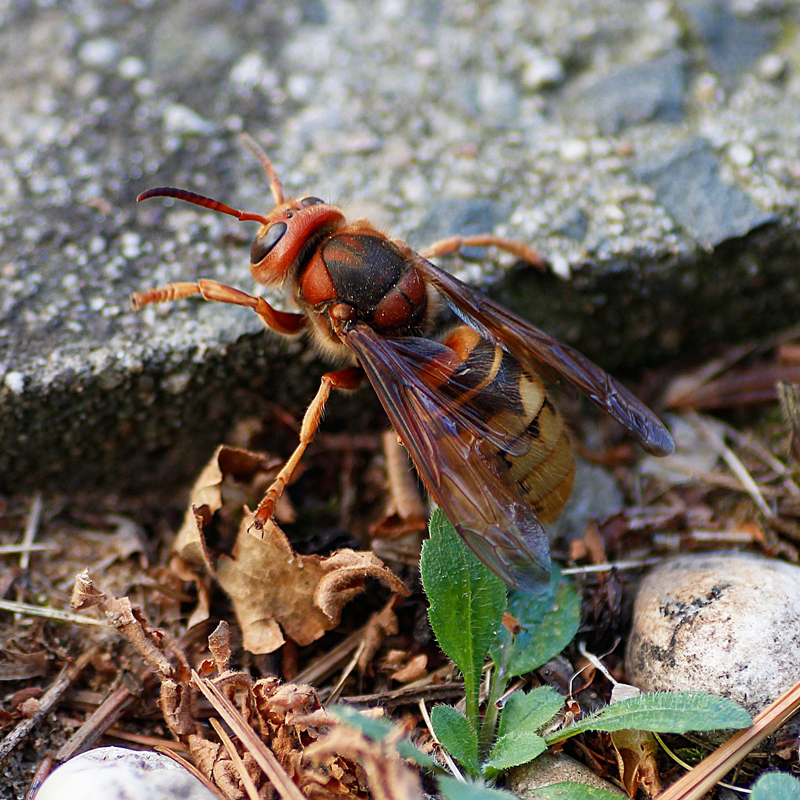 The hornet is subject to many prejudices. Contrary to popular belief, the insect is peaceful and not very aggressive. It only uses its sting to defend itself. The hymenoptera belongs to the wasp family and lives in Northern and Central Europe. Some species of hornets are also found in Japan, Korea or in Mediterranean countries. The population of the animals has been decreasing for decades. Therefore hornets are on the red list and have to be protected.

Only the female animals hibernate. The insects are unpopular with beekeepers because they hunt bees to feed their young. In addition, the offspring eat mosquitoes and flies. The adults live exclusively on plant elements such as nectar, fallen fruit or tree sap. A hornet is larger than a bee. It has no natural enemies in the insect kingdom. Only birds pose a threat to them.

The power animal hornet is considered a symbol carrier for the implementation of law and order. Tirelessly the insect fights for the enforcement of an agreed and established legal structure. The power animal defends itself against enemies and appears self-confident. Reliable and full of drive, it takes care of the implementation of established guidelines and drives away enviers.

Goals are reached in only a few steps. It does not need a worked out plan, because with the power animal a behavior full of self-understanding is activated. As a fighter, the hornet has all the necessary resources to assert itself

With the hornet as a power animal, existing fears and resistances are overcome. It is clarified what is behind the insecurities, so that the cause is successfully removed. The imposing appearance makes it possible to put others in their place without much effort. The power animal uses neither arrogance nor arrogance and this impresses deeply.

The power animal clarifies unconscious obstacles. For too long no attention was paid to existing fears. This allowed them to settle and spread. Depending on the intensity of a fear, it sometimes takes time to permanently overcome it in a stable way. The need to fight for the truth can also wear down and cost strength. Not every person in the immediate vicinity is enthusiastic about the project of ferreting out unrighteous matters.

In dream interpretation, the hornet is a symbol of awareness of unjust matters. In the dreamer’s life there are processes and events that are not just and fair. It is time to pursue the search for the truth.

The insect illustrates that half-truths and ignorance are exposed. For a fulfilled life or the success of a project, honesty and a full flow of information is needed. It is the time to ask questions and to educate.

Backbiting and lies affect the life of the dreamer. It is important not to believe everything and to strive to do your own research. Regardless of how reputable or safe a source of information is considered, it should be checked before making assumptions or passing on false info.