The harpy is one of the largest and strongest birds of prey in the world. In addition, a harpy is a mythical figure from Greek mythology. 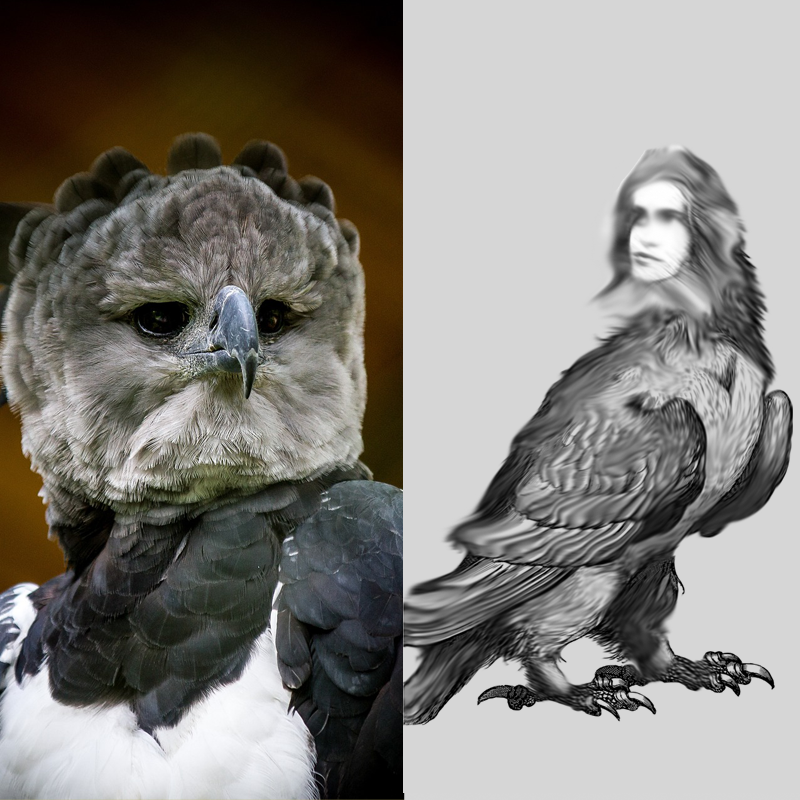 The harpy is a species of hawk and is one of the largest birds on the planet. The imposing animal living in the tropical forests of South and Central America is considered one of the strongest birds of prey in the world. The claws of harpies are larger than the paws of bears and their teeth have a force comparable to that of a Rottweiler. The food spectrum of endangered animals includes monkeys, snakes, sloths and other birds.

Harpies are also known as mythical characters or mythical creatures. As mixed beings with a bird body and a female head, they are considered mythical figures from Greek mythology. Their depictions vary from beautiful figures to demonic creatures. At first they were considered friendly beings, invulnerable and fast. Later, they served Zeus and were to kill people on his behalf. Evil has been associated with them.

On the energetic level, the bird and the mythical creature are interpreted the same.

The power animal reminds us that sometimes an end has to be initiated in order for something new to arise. If projects or projects have proved unsuccessful so far, it is necessary to check whether full use of energy or discontinuation of existing activities is indicated.

Interrelationships are quickly recognized and actions can be implemented powerfully. Previous adversaries or envyers are no longer firmly in the saddle as before. The power animal helps to develop good professional strategies and to implement them immediately successfully. In addition, private challenges are also succeeding better than previously assumed.

The power animal warns against blind obedience, an exaggerated sense of duty and a harmful self-confidence. However successful, it should be checked whether the decisions taken are not purely selfish or are only for the benefit of a third party. An existing superiority should not be played out as soon as it is shown that others will have too much respect.

If a harpy appears in a dream, the dreamer has promising prospects in a matter. There is seldom an opportunity like in the current development that should be seized. Without hesitation, decisions are made that bring glory and reward.

At the moment, there are no real obstacles. The dreamer is on the road to success and will soon have positive changes to expect. Life shows itself to him from one of its best sides. All challenges or disturbances can be overcome by the dreamer without further problems.

The dreamer should examine whether in the current situation an end with horror would be better than an end without end. If this powerful being appears in a dream, the circumstances must be evaluated neutrally. This shows whether he is better advised with the courage to stop than with the courage to continue. Sometimes the former only brings success, because new ideas can then be realized.