The jay is a diurnal bird with a striking raspy voice. The colorful songbird warns against creating his own life in self-deception. 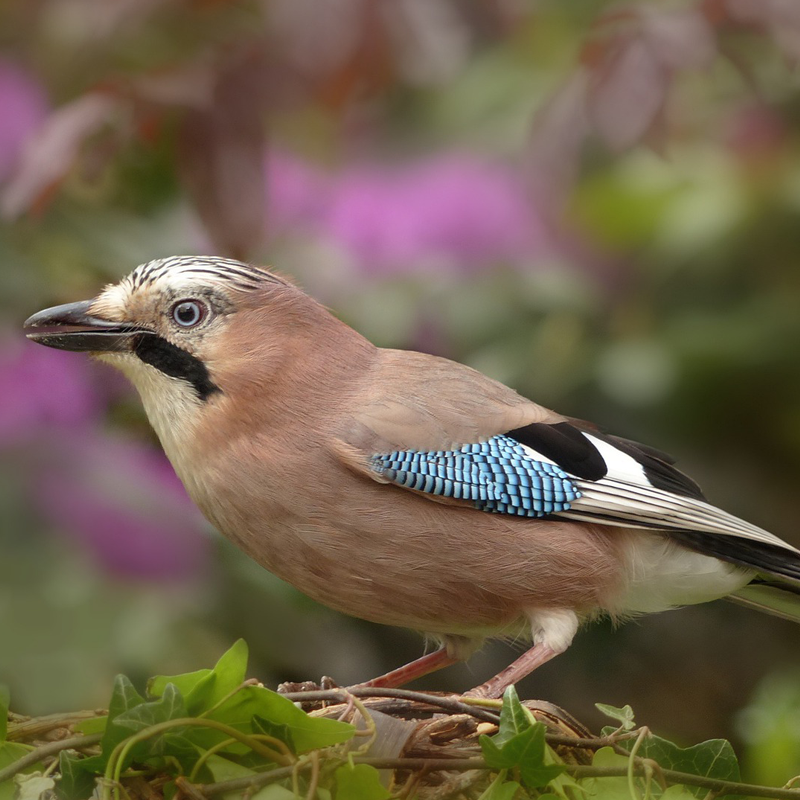 The jay belongs to the raven and the songbirds. Diurnal and quite colorfully plumaged, it has the ability to imitate the voices of other birds. Living in Europe, North Africa and the Middle East, the bird is found in deciduous and mixed forests. In winter it feeds on plants and in summer on animal supply. Its food spectrum is unusually broad. It likes berries, nuts, fruits, mushrooms and potatoes. Spiders, caterpillars, butterflies, beetles and wasps are also on its menu.

The birds have some interesting characteristics. For example, jays lead a seasonal marriage. They are monogamous during this period, but they may change partners for the next season. They defend their own territory well. The birds are very choosy and, for example, check the taste of food before eating it. They build up stocks of their preferred food already in the late summer months, so that they are well supplied even in phases with little food supply. This stock often amounts to a two-digit kilo range.

The jay is called the guardian of the forest. The word “jay” is derived from “heger” or “guardian”. For this reason, the bird is attributed the energy of vigilance and watchfulness. The songbird, like its fellow corvids, is intelligent. It plans ahead and can imitate the voices of others. Therefore, the power animal clearly demonstrates that all the necessary qualities are in us and they only want to be used skillfully.

The jay beats his enemies with their own weapons. At the same time, he stands for deliberate and well-prepared action. Its flexibility helps in finding solutions. The animal sometimes warns other inhabitants of its territory of their enemies and therefore makes it clear that we have supporters.

The singing and pleasure bird always forgets where it has stowed its numerous supplies. Thus, the power animal warns to make a fool of oneself in front of others in rash situations. Arrogance or the loss of the perception of own authority leads to partial losses as well as setbacks.

In dream interpretation, the jay is to be understood as a warning. People who disguise themselves well are considered friends rather than enemies. Envious and begrudging people are in the life of the dreamer.

Those who know their opponents’ weaknesses well are one step ahead of them. It helps to think of a well-structured approach. Likewise, the dreamer can improvise well and should therefore not be upset even in the face of setbacks.

Blind faith will lead to disappointment. Likewise, it may be that the dreamer wants to fall back on his own resources and has completely forgotten that the cushions have long since been used up. New ideas and impulses are needed.