The different species of seal live in the oceans and express the collective energy. The inhabitants of the seas stand out by their appearance and have an immediately sympathetic effect with their large googly eyes. 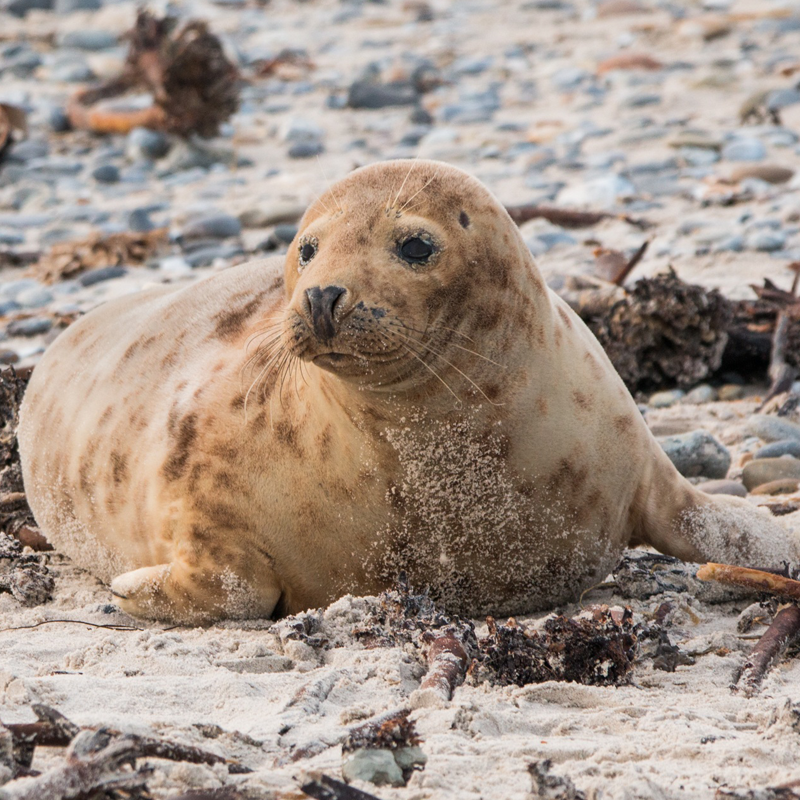 The seal group includes seals, sea lions, fur seals, elephant seals and walruses. They are all sea creatures that belong to the same family. They can be found in all oceans of the world. The animals seem cute and cuddly. At the same time, they can become dangerous if they feel threatened. Seals are predators, although their body language sometimes gives the impression of an oversized cuddly animal. Marine mammals are divided into harbor seals, eared seals and walruses. In the European region, seals and grey seals are mainly found. Seals love the sandbanks of the Wadden Sea and sunbathe on them. The grey seal is the largest free-living predator in Germany and is found on the North Sea islands. Most of them can be found on Helgoland.

The gregarious carnivores feed on other inhabitants of the seas. Fish, smaller whales, penguins, crabs, shell or snails are on their diet. The rearing of the offspring takes place in colonies. Often the young are left alone by their parents for hours. If a young animal is touched by a human, the mother rejects her offspring, as it is exposed to a foreign smell.

The power animal seal invites to start the path to one’s own depths and the origin of the inner processes. The mindfulness towards oneself is in the foreground. Purification and reflection should take place. This stimulates a confrontation with one’s own feelings, the feminine side of the self and the existing emotions. The collective energy has a special meaning. Group activities, the cohesion of a family or club activities are to be looked at more closely. The knowledge of all brings truth and the answer to current life developments.

The power of love, the soothing energy of a mediation or healing sounds lead to an improvement in the quality of life. The power animal seal brings the view to an overall picture and connects recurring processes with each other. The meaningfulness of cycles and cycles results in finding stability, peace and contemplation.

The darker sides of the power animal include attributes such as helplessness, melancholy and inertia. In the water, marine mammals are fast and agile. On land, they appear ponderous and lazy. Their own offspring are spurned if they carry foreign scents. Therefore, the most important thing is to pay attention to your own charisma and which people you call friends.

In dream interpretation, the seal brings messages about deep-seated fears. The sea creature clarifies the emotional life of a group or society. It is unconscious energies that are the cause of actions or attitudes. It is necessary to check what quality the unconscious forces have.

The seal wants to indicate the opportunity for a new development and the resolution of old unfulfilled desires. The fat of the seal represents the possibility of healing from challenges experienced and injuries suffered.

Wanderlust, dissatisfaction and the inability to express oneself well are represented by the seal. Therefore, pay attention to the context in which the animal appears in the dream. With a negative mood, obstacles and difficulties are to be expected.