The monitor lizard brings the resistance and is to be understood as a warning signal. The social handling should be examined more exactly, since falseness seems to play a role here. 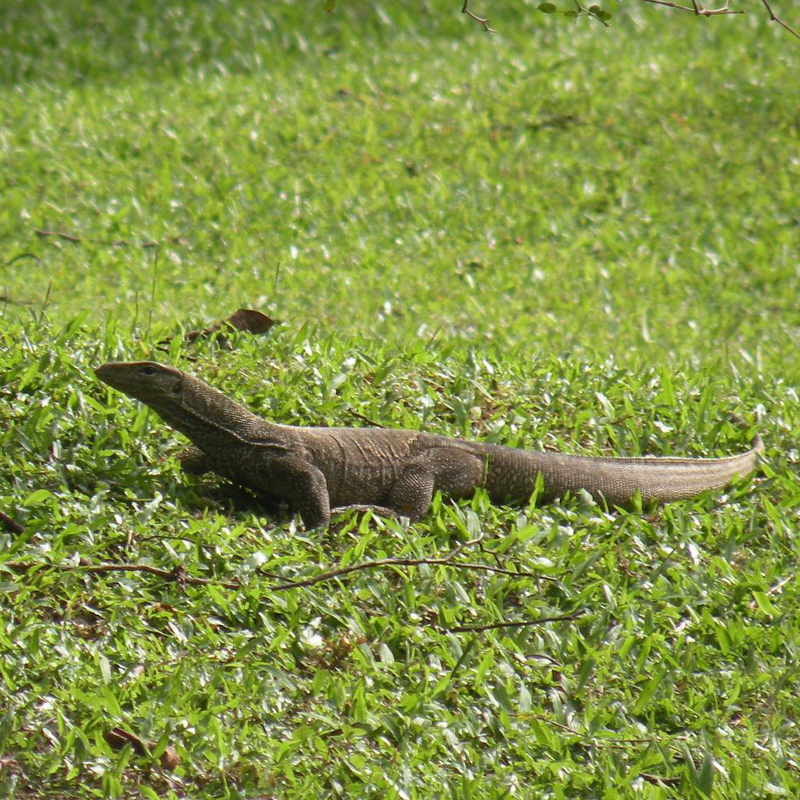 Monitor lizards are pangolins native to tropical and subtropical regions. The four-legged creatures can be found on the ground, in trees, and sometimes in bodies of water. The best known among them is the Komodo dragon. The lizard can run up to 20 km/h and has a poisonous saliva. The loners are good hunters and feed freely on running animals such as wild boars, dogs, turtles or non-poisonous snakes.

Adult monitor lizards have no predators. Humans use them for meat and animal skin. The reptiles are considered comparatively intelligent and engage in fierce battles as soon as they encounter a conspecific. In doing so, the opponents can stand on their hind legs and use the front legs to defeat the opponent. The shy animals have been living on our planet for more than 40 million years.

The power animal monitor lizard expresses the resilience and psychological robustness. The own appearance should be examined, in order to be able to soften a too abrupt proceeding under circumstances. The inner strength seems to be boundless and projects are tried with all power to realize.

With this power animal all obstacles are surmountable. Help is not needed at the moment, because one’s own competences are completely sufficient. A phase of maximum productivity has begun.

Interpersonal communication is disturbed. There are hardly any like-minded people at the moment, as competitors or opponents appear in several areas. There is a lack of social competence, and in too many places people escalate instead of seeking a way to live together.

In dream interpretation, the monitor warns against dealing with the wrong people. Relationships and connections with other people are difficult as well as conflictual. The self-confidence is strengthened and the dreamer grows beyond himself.

The inner forces are immense and the dreamer experiences a time when he can work off and do many things. Support is not needed or would even be counterproductive.

The people in the immediate environment are not doing any good at the moment. They have a destructive effect, encourage aggressive behavior or hinder the achievement of set goals.