The perch, the pike and also the zander bring the social gathering with the possibility of retreat at the same time. The emotions are illuminated and stabilized. All predatory fish have the same meaning on the energetic level. 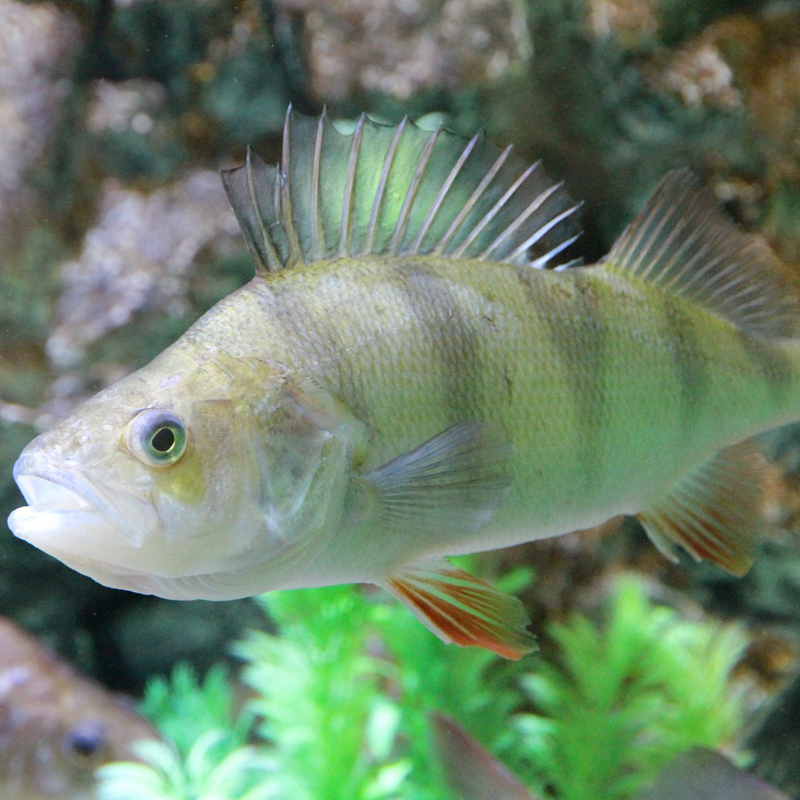 The perch is a spiny fin fish. It can be a loner and it is also a schooling fish. As a loner, it defends its marked territory. If it lives in a school, it shows its ability to live together. The fish lives in freshwater areas and can also be found in the Baltic Sea.

Perch are predatory fish, just like pike-perch or pike. Especially the larger fish among these species are considered to be particularly aggressive. They feed on aquatic insects, frogs, smaller fish and crayfish. Their natural enemies are storks, herons, ospreys, larger fish or salmon.

The power animal perch, pike-perch or pike symbolizes on the one hand the possibility to get along well alone and to assert oneself successfully against adversaries. At the same time, the power animal stands for sociability and a life in a solid community. The form of the life guidance holds therefore several options ready and the currently suitable one can be selected. Possibly a change of the present life circumstances offers itself. Sometimes, however, it is enough to become aware of the possibilities through the realization of a free choice to change his inner attitude, the demands and the behavior accordingly.

As an aquatic animal, the fish brings the emotional side to the center of everyday life. It stands for the purification of the emotional life. The inner life is looked at more closely and leads to an awareness of the existing emotions. This represents the basis for an inner stability, the strengthening of the emotional intelligence as well as an improvement of the present constitution.

The power animal perch can stand with all shrewdness also an indication of a taking place energy robbery. Since the feelings have not been sufficiently examined and questioned so far, there may be a mistake. The connection to another person or one’s own feelings do not have to correspond to reality. Therefore, there is a need to cleanse one’s own energy flow and look at it anew afterwards.

In dream interpretation, the predator establishes a connection with one’s emotions. The dreamer will deal more closely with his inner impulses and will examine whether he wants to continue his way alone or in company.

The perch opens up several possibilities, which currently offers. The appropriate one can be freely chosen. A smart and intelligent approach takes place so that the goal is achieved in the best possible way.

The emotional representation of another person or one’s own emotional perception need not correspond to the truth. Since they may correspond to a mistaken belief, the true feelings should be explored. Otherwise, a loss of energy takes place and the drive decreases or listlessness occurs.