The stork is a messenger of spring. With him changes and new beginnings come. As a messenger of love, he brings a breath of fresh air especially in love matters and provides positive news. 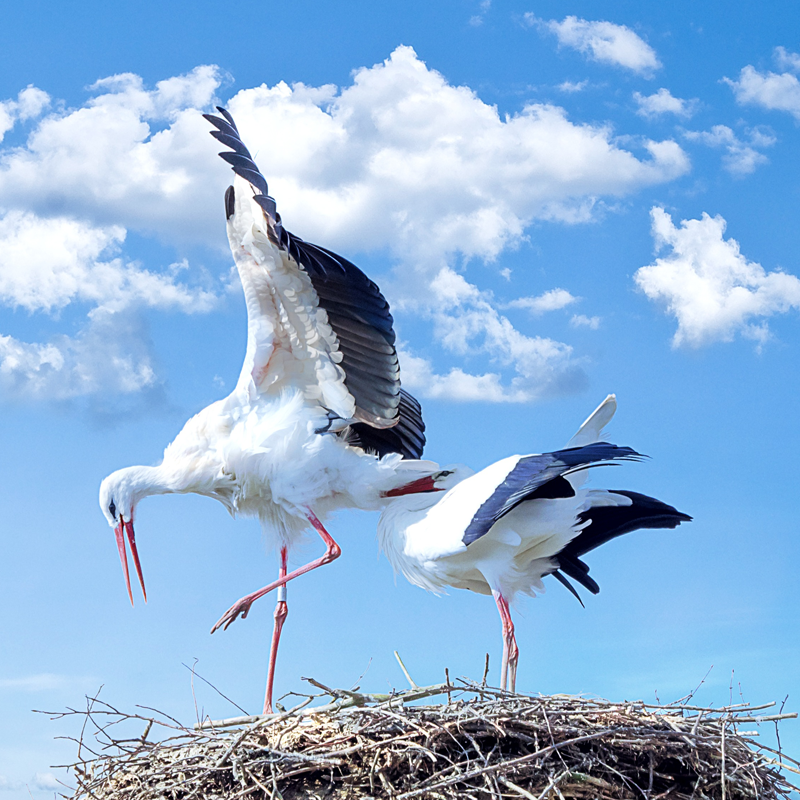 Storks are birds that are native to all continents except Antarctica. Most species of storks are not migratory, but live close to their breeding grounds. Only the species that breed in temperate zones take long flights to winter. The appearance of the walking birds is characterized by the long legs, the long beak and an enormous wingspan.

Storks are monogamous or have seasonal relationships. They also prefer to live in colonies. The carnivore’s menu includes lizards, frogs, fish, crabs, earthworms, snakes, mice and moles. They have to protect themselves from jackals, milans, martens, eagles or hyenas.

The power animal stork brings prosperity and blessings. Fertility increases and love takes hold. The walking bird is on the energetic level a soul carrier, which reveals the connection of two souls. Old knowledge returns and enriches the present life. The monogamous animal symbolizes the relationship with a partner and lets us know that the time has come to start a family.

A stork can stand on one leg for a long time. On this way he warms himself and at the same time finds his inner center. Meditation and balance brings the power animal to all who connect with him. In parallel, vigilance against disturbing factors is trained.

The downsides of the Stork power animal include its aloofness and inability to make decisions on its own. A second vote is needed to settle all matters, as the Stork always makes joint decisions.

In dream interpretation, the stork is the bearer of love messages and partnership developments. The emotional level is questioned and the interest in another person becomes clearer. Unconscious processes are transported into consciousness through introspection and reflection.

The stork is a symbol of fertility, wishes and desires. In professional as well as in private matters an improvement or positive development is to be expected.

If the stork appears striding in a dream with an empty beak, it can be an indication of alienation from reality. It is necessary to check which steps bring a necessary grounding and which thoughts are only visions.