The bumblebee reminds us that the impossible can become true. It is living proof that physical laws are reduced to absurdity. The insect also brings the ability to orientate. 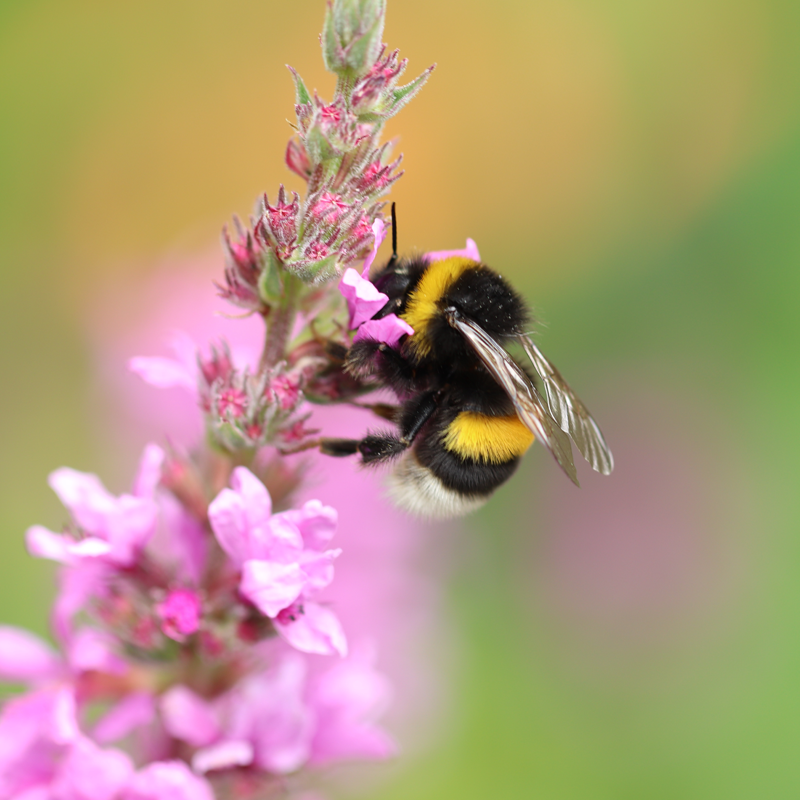 Bumblebees belong to the true bee family. The cozy flower visitors live in temperate and cooler regions of the northern hemisphere. The insects live in colonies. Except for the mated young queens, all members of a colony die out by the beginning of autumn. A new colony does not develop until spring.

It is still considered a paradox that the bumblebee overcomes the laws of aerodynamics and, despite all calculations, flies with its comparatively heavy body weight. Bumblebees defend themselves from their predators with a stinger. They include the fox, the marten, hedgehogs, moles, rats or mice. They themselves feed on pollen or nectar.

The power animal bumblebee brings the orientation, diligence and altruistic actions. The lifetime of the working animals is limited to one season. They die when the summer is over. Thus, their entire lifetime is focused on the fulfillment of their tasks. It is necessary to take oneself less important and to keep the common interests more in focus.

The little insect manages to rely entirely on its own skills, contrary to all logical conclusions and detailed calculations. The concentration on the existing competences will lead to growing beyond oneself. Fellow human beings underestimate the person concerned and are now astonished.

The limited lifetime of the bumblebee makes it clear that there is not much time to focus on the important things. Current challenges should be tackled without further delay. Therefore, it is necessary to realistically check which tasks can be handled.

If the bumblebee flies into a dream, it wants to remind you that time is precious. It should not be filled with unimportant things. Distractions lead to the fact that set goals can not be achieved.

The bumblebee has a strong sense of direction. This instinctively leads the dreamer forward in the coming time. Contrary to evil tongues, he will develop inner powers that are necessary and that everyone would have believed did not exist before.

Gossip and slander threaten the dreamer. There will be blasphemies about his plans and decisions behind his back. The inner distance to this must be maintained, otherwise there may be insecurities.