The coyote, the jackal and the dingo are a symbol of the teasing and foolish. The wild dog is a trickster with a large portion of wisdom in his luggage. He brings the knowledge and the possibility of inner growth. 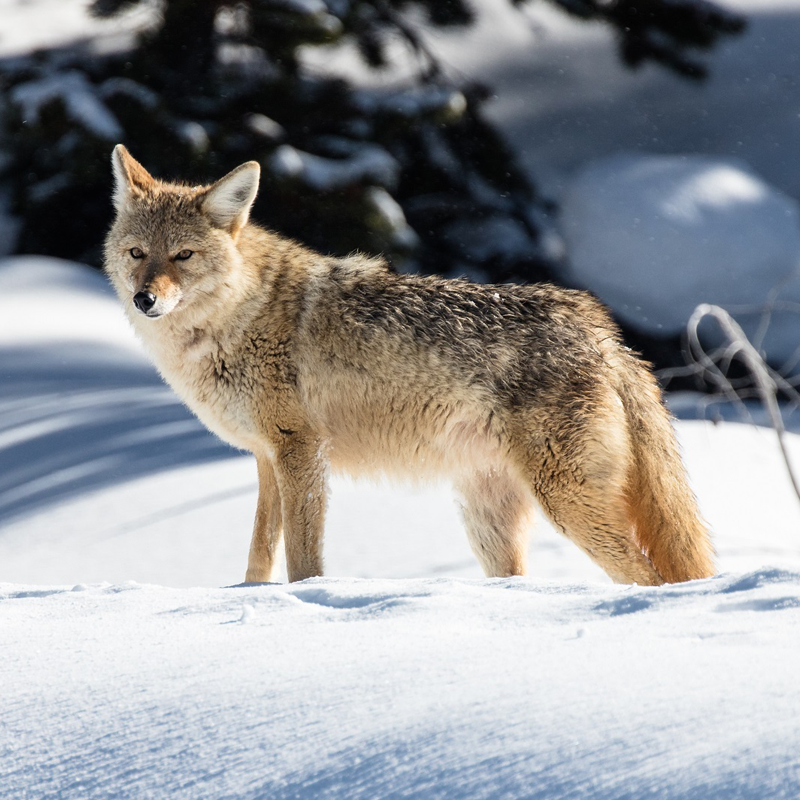 The quadruped is assigned to the family of dogs. It is native to North, Central and South America. Its preferred territories include Alaska, Canada, America and Mexico. The wolf-like animal hunts mice, snakes, foxes and raccoons. It also likes fruits, berries, insects and is a scavenger. The coyote sometimes unites with dogs. The offspring are called hybrids. Coyotes often travel in pairs or as solitary animals. They are monogamous and remain with their mate throughout their lives. The adaptable mammal marks its territory and also snatches sick animals so that they do not pose any further risk of infection.

Dingoes are also wild dogs. However, they live exclusively in Australia and Thailand. The nocturnal mammals prefer steppes and deserts.

Even though the lifestyles of coyotes, jackals and dingoes differ in some respects, the wild dogs still have the same meaning on the energetic level.

The power animal coyote reminds us of the importance of trying things out and making mistakes along the way. The wisdom of life is obtained by gaining experience. Life lessons bring growth, healing and development. The mammal responds quickly to external influences and is good at adapting to change. Once it appears the will and courage are present for forward movement. Not every step will be safe and stable, but it brings insights that are important for the development of the personality.

New and perhaps unconventional perspectives will arise. The power animal teaches understanding of experienced processes and reminds that many events should be evaluated with lightness or humor. A change of perspective often leads to new impulses coming in and a pleasant chaos. The upsetting of a fixed structure has the potential to initiate innovations.

The less pleasant side of the coyote brings unrest, stupid actions and senseless violations of existing rules. This creates discord and unnecessarily tests the tolerance of others. Breaking rules is perceived as less instructive or liberating than disruptive. A calculating approach, selfishness, and brash demeanor are attributed to the mammal. A proven system is disrupted without a clear set of goals or a plan.

In dream interpretation, the coyote brings unforeseen developments. In a world where everything goes according to plan, the four-legged friend reminds you to simply step out of line. The joy of life increases and new views can develop.

If the coyote howls at the dreamer or the moon, he should trust his intuition. His next steps will be perhaps unusual, but successful.

If the coyote tears an animal, it warns against wrong decisions and energy robbery. In a current matter, the next steps are better to consider.

If the animal hides, the dreamer will be the victim of insidiousness or trickery.