As a diurnal creature, the guinea pig is always on the lookout for something to nibble on. It activates the connection to the inner child and reminds of the carefree moments in life. 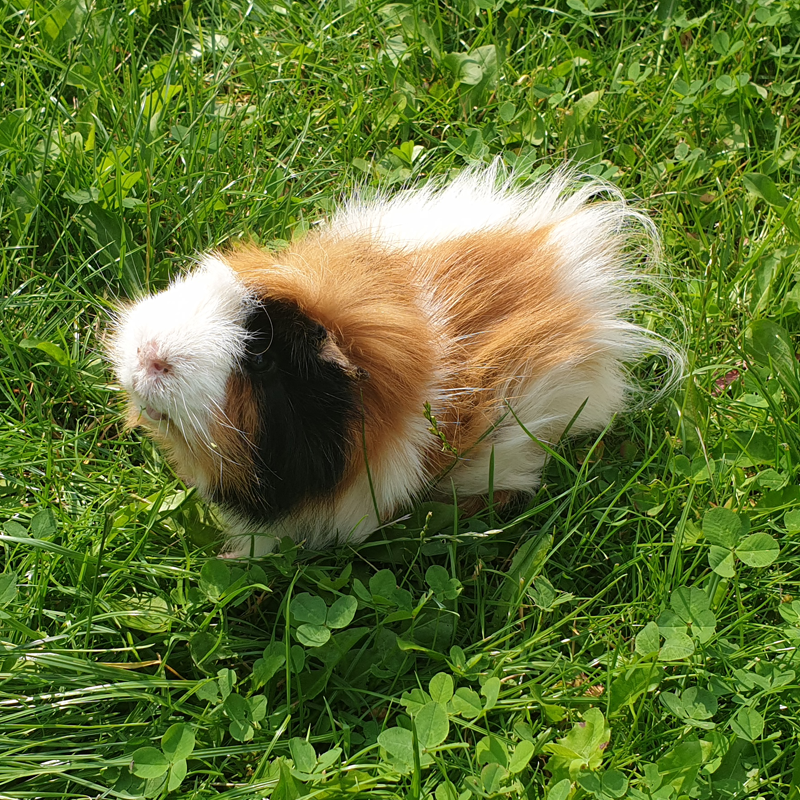 Guinea pigs are native to the wild in South America. There they are also traded as a delicacy. In the course of time they came to Europe, but here they are kept as pets and not for consumption. The quadrupeds like grasslands and mountainous regions. Vegetarians are very fertile creatures and belong to the rodent family. Guinea pigs have numerous predators. They include cats, dogs, martens, birds, snakes, rats or mice. Especially birds of prey and birds of prey such as eagles, hawks, vultures or hawks are happy to have domestic guinea pigs on the menu.

The power animal guinea pig promotes the connection to the inner child. Joy of life and lightness are to be experienced. The curiosity and carefreeness are strengthened. Problems, stress and the heaviness of everyday life are to be pushed aside. The focus is on building an uncomplicatedness and the discovery of the extensive worldly offer. Much has been taken for granted and is not perceived consciously enough. With the power animal at our side, we try ourselves out and begin to marvel again.

The glow and radiance in the eyes of a child is priceless. With the power animal guinea pig, this is exactly what is brought back to life in ourselves. The challenges and tasks of life are easier to cope with when fun and joy can be experienced.

The power animal does not take itself and everything around it so seriously. This can lead to superficiality and a lack of appreciation. As beautiful as lightness is, in many situations it is inappropriate when the seriousness of the situation is misjudged.

If the guinea pig appears in a dream, pleasurable moments announce themselves. Ventures full of lightheartedness can be experienced. The hard work done is compensated by pleasant leisure activities.

Joyful events are expected in the next few days. A fertile time is just around the corner. Those who want to have offspring may soon receive good news.

The guinea pig has numerous natural enemies. Cute and cute as it is, it is also vulnerable. If there are strong opponents in everyday life, the dreamer will have a hard time standing his ground. He proceeds too naively and will lose out.